← New Year, New Us: DGC Gets Its Juice On!
America’s Fear: Public Speaking and Teleprompter #FAILS →

You already know the story. For the first time in the modern era of the NFL, the Super Bowl will be in an outdoor, “cold weather” location in East Rutherford, New Jersey’s MetLife Stadium. Although it’s located in the largest metropolitan area in the country, the weather remains the most talked about storyline for the game. With the “polar vortex” stalled in the area, people are asking how cold it will be. Will it snow? Will Bruno Mars be able to perform? My personal favorite is “how will fair weather players like Peyton Manning survive?”

While the weather presents an entertaining storyline, there are more dangerous factors to consider than how potential cold and snow will affect the players’ performance during the game. As one of the most watched events on TV, the game is typically the least concerning property for fans watching at home. It’s a chance for football and ad lovers to gather, socialize and see what all the buzz is about from the warm comfort of their couches. Given this year’s setup, a larger concern has to come from the safety of everyone involved. At what point is it just too cold? At what point is it a risk for anyone to actually be at the game? Is the NFL prepared to postpone the Super Bowl if need be? How would such an action affect viewership, ad spend and, ultimately, future games? And when is it the right time to decide to postpone the game?

When you’re such an enormous juggernaut like the NFL, you have to be ready to do anything and everything to plan for the unplanned. That means a black out, an owner lock out, a referee lock out, a major lawsuit towards the mental health of the players, a wardrobe malfunction, and even the possibility of postponing the Super Bowl. It’s a circumstance that the NFL doesn’t want to publicly acknowledge but has no choice to privately embrace – particularly in the live event space, where anything can and sometimes will go wrong.

It’s a classic case of preparing a crisis communications strategy and making a “worst-case-scenario” plan. Postponing the Super Bowl is a last resort but is the lesser of two evils should the game happen in poor conditions and something truly tragic happens. The NFL certainly calculated the risks prior to agreeing to host the Super Bowl in a cold weather area.

Another thing to consider: any move by the NFL trickles down to everyone else – the broadcasting station, the various sponsors, the fans who traveled to attend – all the way down to the bars and families hosting watch parties. My hope is that everyone (save for the families) has a plan in place as a backup.  And in a similar major sporting event vein, NBC is prepping its own crisis communications plan for next month’s Winter Olympics – which will kick off just days following the Super Bowl. It goes to show that, while you can’t prepare for everything, the crisis plan you write today can in fact serve as a great base to combat any real crises that may arise down the road. 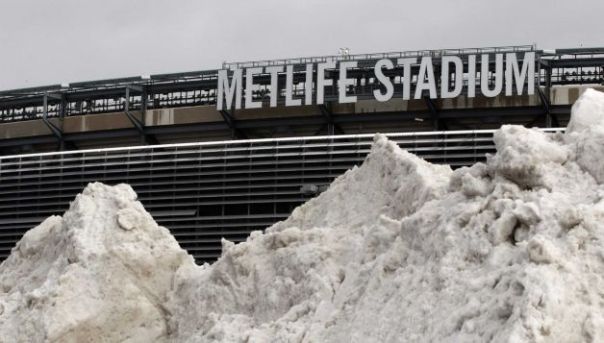 Posted on January 28, 2014, in The Hit Board. Bookmark the permalink. Leave a comment.

← New Year, New Us: DGC Gets Its Juice On!
America’s Fear: Public Speaking and Teleprompter #FAILS →